with HARD TO EXPLAIN

Over drinks in the past six years I’ve gotten a muted thrill (or maybe it was narcissism, pride) watching a new acquaintance’s expression change when I’ve begun my response to that oft-repeated query of profession with: “Well, I got my job over a grappa in Rome at three in the morning.” The exoticism of this phrase may be lost on those of you who are in Europe, and especially in Italy, but in the contexts in which I’ve made this statement—sometimes in the rural, upper midwest of the United States to men wearing dusty work boots and expressions of bemusement, suspicion—the unexpected quality of the phrase remains. In either case, this phrase is, like most things, not exactly the crystalline truth: I got the job a few weeks after the grappa, standing in the sour basement corridor of Lind Hall at The University of Minnesota, next to the graduate student offices, with their sagging couches, outdated desktop computers, and cockroaches hiding in the drawers of my desk.

But the grappa was drunk, and it was three in the morning, though it was a narrow, cobbled street, not an alley exactly. All the shops were closed, save one cafe where the last waiter on shift begrudgingly served the doctor and me, that single cafe’s lights reflecting oddly bright-white on the cobblestones, everything else in deep shadow. Fellini’s Sylvia was nowhere in sight, there was no bathing in the Trevi Fountain, but there was, at last, the knowledge that, after seven years of graduate student poverty, I had gotten a job—thank god. In the nostalgic and cinematic quality of the moment, it seemed as though a hidden door had suddenly opened, revealing behind it an enchanted world I had suspected existed, but hadn’t been able to access until that moment, tiny glass in hand, trying to hide the fact that I was very, very drunk.

I can see now that this was just such a low door as in the wall of Evelyn Waugh’s Oxford of yesteryear—just such an enchanted world as that into which Charles Ryder entered when he took up with the young Lord Flyte, a world where, beneath the scent of youth’s virile perspiration there lingered also the stench of scandal, the acrid smell of old age, the reek of corpses, of death. And the desperation in mourning, the disbelief and bitterness in loss or betrayal, the acute pain of transience’s delicate beauty.

The details of the next morning—it was already afternoon—I’d forgotten until now: how my yellow-walled hotel room was illumined with October’s lush, fleeting light, how I was wrapped in a luxurious white robe, staring in turns at the adult acne on my left cheek—horrifically massive in the magnifying mirror—and at the red rooftops outside my window, when the building began to shake with an earthquake. I have a predilection for visions of my own violent death, so I was certain I’d be taken down with the beautiful marble floor—which was, at that moment, so cool beneath the soles of my feet—only to await a slow death, trapped under the gorgeous rubble.

“Poetic justice,” I thought, “This was too good to be true.”

But quickly, the rumbling subsided. Once I was calm, I dressed in my hand-me-down blouse and consignment-store leather jacket, and prepared to walk to Tiber Island for the last day of this slightly mysterious workshop on the transition from the late Roman Empire into early Christianity—with the uplifting social values of those early years: equity, compassion, forgiveness. I’d received money to attend, a kind of private grant sponsored by a group of organizations whose interconnection I didn’t quite understand, although what I’d seen on the “Stillpoint Explorations” website had made me laugh aloud under the grad offices’ whining fluorescent lights. The website is gone now, but described something about delving into foundational elements of Western intellectual history, while integrating a kind of loosely-articulated, and seemingly ideologically-open, psychoanalysis. By integrating these elements alongside lived experience on location and in conversation with other thinkers from around the world, we might—so the website stated—be better-able to understand and ameliorate the crises of the current era.

Certainly, the website veered toward the lame with a color palette of delicate greens fading to forever and an insignia of a deep-rooted tree. But what I saw nevertheless excited me. Here was something that had appeared out of the blue, and seemed to involve some person or persons who were wandering, based on a very vaguely-defined set of premises and in a kind of delighted, almost innocent manner, toward the other pole of enlightenment’s dialectic—that is to say, not toward the “false enlightenment” and its rigidified (ir)rationality, but toward the riotous “flashing up” that occurs for an instant during that negatively-dialectical revolution, and so is gone before it can be caught and managed, before it can be frozen into a commodity, or a weapon.

I had read the assigned texts diligently on the flight from Minneapolis to Rome, and each day of the workshop I’d sat at attention in the small chapel where discussions had taken place between these middle-aged professors and analysts and experts in international relations, philosophy, psychiatry, feeling myself to be decidedly too young, too poor, to earnest, too green. The whitewashed walls of the chapel room were curved and gentle, like a hug from the ancient, and the room was accessed through the main sanctuary of the Basilica di San Bartolomeo—dark, hushed, thick with incense, the gold gilt around the saints chaste in their glinting, the votives flickering piously.

In the late afternoon of the first day of the workshop we had walked the bridge from the island to the bank of the Tiber and turned left, to pass the Tempio Maggiore di Roma and to walk through the Jewish quarter to a cafe for a drink or a coffee. The day had been hot, everyone had removed their jackets, moving with the slow pace of the nearly-leisure class, a pace I nervously tried to match, until the moment when the doctor—to whom, I noticed eventually, everyone discretely deferred—paused, and looked back at the island. I don’t remember anymore who it was that told the story of the plague that struck Rome around 291 BC. It might have been the historian and guide with whom, later, we visited the Vatican and stood before one of the most iconic images of mourning, The Pietà. She was a middle-aged woman with an immovable, dyed bob who had looked upon Mary’s fossilized grief, leaned in close, and in a no-nonsense, but slightly fervent whisper had pointed out to me Mary’s extreme youth, characteristic of depictions of the Passion. As the authority of the trip, I’ll put the story in her certified whisper, which goes:

During the plague of 291 BC, the Romans went to Epidaurus where there was a famous shrine to Asclepius, the god of medicine, of healing. There, the Romans procured a blessed serpent, which they brought back to Rome on a boat, by way of the Tiber. Upon arrival, the serpent jumped from the boat, and landed on Tiber Island. And so, a place of illness and health for humans was thereby marked, by an animal, or at least by the animal’s myth.

Myth or truth, the serpent of Asclepius and its leap were why there had been a hospital on Tiber Island since 1000 CE. The Fatebenefratelli hospital, begun in the 1580s, was still operating, and during the Nazi raid of Rome in 1943, led by Dr. Borromeo and Dr. Sacerdoti, the hospital had given refuge to Jews by diagnosing them with the fictitious “Syndrome K,” a supposedly highly contagious neurological disease named for one of the relevant high-ranking Nazi officers, either Albert Kesselring or Herbert Kappler. This mythological history was also part of why, beneath the floor of the white walled chapel, there also lay the ruins of another ancient place of healing. Tiber Island, then, had been a place where treatments had been attempted for ailments physical as well as metaphysical, psychological as well as political.

We walked again, and after a time the doctor—and in this case, I know it was he—said to me:

“What is the disease we are here trying to heal?”

The delicate hope I already felt on that first day regarding the potential for a job, a potential which came to fruition those few nights later, a potential which brought with it a paycheck, maybe even health insurance, and certainly a marker of identity—that was one thing. But this mythological and verifiable history, and the doctor’s question, a question that implicitly wove together illness or health with not only the psyche, and history, but also with transcendence? That is something else. So I’ll say it again, to you.

What is the disease we are trying to heal?

Anne Marie Wirth Cauchon, PhD. is co-founder and Editor-in-Chief of Stillpoint Magazine, Creative Director of PrairieCare Institute’s Center for Applied Psychoanalysis, the mother of two, holds a PhD in English and Comparative Literature from the University of Minnesota, and is the author of the novel Nothing.

You can read Anne Marie’s archive of editorial texts here.

Driton Selmani lives and works in Prishtina and Doganaj. He studied at the AAB University in Prishtina and MA Fine Arts at The Arts University Bournemouth UK. Selmani approaches the idea of perceived reality by deconstructing formations of social, political and cultural topics that have been embodied around him. At a young age, he was told to worship a country that no longer existed, which caused him to form a basis of scepticism towards any supposedly given reality. He later used this as a beneficial tool to reconstruct his beliefs into visual artefacts. In 1999, old simulacra have been replaced by new simulacra; the ornaments of a previous space have been refurbished in order to unfold with new meanings but also new uncertainties. Selmani confronts himself as a spectator of this ‘on-going event’, but rather positions himself as an actor, enacting his performances based on his personal histories, beliefs and doubts.

Driton was featured in Issue 001: FANTASY with his artwork They say you can’t hold two watermelons in one hand. 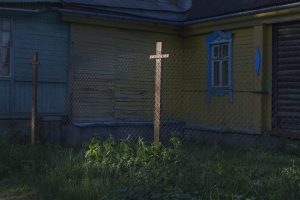 Unveiling the Collective in Isolation: Thinking the Apocalypse with D. H. Lawrence 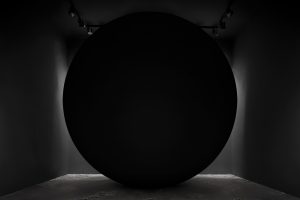 THE DEATH OF A STAR 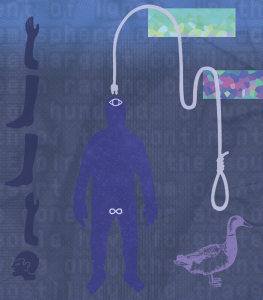