with an excerpt from MYCEAQUA VITAE

Blade Runner has a rape scene in it.

Blade Runner has a “basic pleasure model” in it.

Blade Runner has Asian people, mostly inscrutable or comedic, in it.

Blade Runner has a scene in which a man and a replicant make love in the dark of a kitchen.

Blade Runner takes a rape scene and turns it into a scene of love.

This is the future according to Blade Runner, from which one can draw larger conclusions.

The future according to Blade Runner is a race of replicants and the monstrous Others who build them and the grizzled white men who hunt them.

In Blade Runner, the man with many enormous moving toys is a sad man, a quiet type.

Poor man who gets fooled by the affections of a “basic pleasure model.” Poor replicants who want to do something other than die.

In Blade Runner, the replicants pass the test by speaking and carrying emotion in their eyes.

The enormous moving toys do not speak.

In a world of animatronic slaves and Asian squalor, one man rapes a robot with kind eyes, though they do not speak of it.

She has a memory of her mother, which, aside from her beautiful figure, is how you know she is more than “basic.”

As a “woman” who is more than a “basic pleasure model,” the rape in the kitchen becomes both more and less than “rape.”

Is it possible to rape an object?

If Blade Runner has a woman in it whose rape is never acknowledged, did she really happen?

When an Asian man lifts a gooey robot eyeball with his chopsticks, the horror of the future becomes for me a different horror.

Blade Runner is, after all, a movie of recognitions and misrecognitions.

When the replicant woman with kind eyes remembers and remembers her memory, the inability not to is a horror.

When the Asian man lifts an eyeball with his chopsticks, I push the sight away.

It is embarrassing not to have seen Blade Runner if you are an Asian woman writing a book about robots.

If you are an Asian woman writing a book about robots, it is embarrassing to let Blade Runner enter you, pin you in the dark.

I push this metaphor away.

I am agitated but not yet crying. Partial credit.

After the rape scene, as if it didn’t happen, the man and the robot woman plan to run away together.

I say, “Wait,” and the enormous moving toy in my chest does not listen.

I say, “I hate this movie,” and somewhere a man nods and writes down “basic pleasure.”

If I write about plucking my eyes from my face with chopsticks, other Asians push the image away, embarrassed, nodding.

After a rape scene that does not happen, I write a poem about peeling off my scalp, and my man is embarrassed. All night he lies as still as an enormous toy, when it’s pleasure I want.

If I watch a movie and never write about it, did it happen?

If I hate a movie and write about it, who lives longer? Poor, articulate toy.

All you wanted was something other than to be plucked from a jar, held up to the light.

Without the squalor of the Asian future, would Blade Runner exist?

Therefore, I wrote Blade Runner. I directed it, starred in it, and designed the poster.

Squatting in the street, I write “Blade Runner” in perfect cursive with my piss.

Plucking a fish eye from the plate, I write Blade Runner by saying “mmmm” and horrifying my mother, who remembers what I was like when I couldn’t speak, when I couldn’t do anything on purpose.

I have suffered injuries which did or did not happen, which have healed, and still I can’t stop spraying them over the concrete.

It’s horrifying to watch a movie and realize it’s written you.

It’s horrifying to remember and recognize and realize what’s been writing your poems.

If a movie writes a woman before she arrives, did she really happen? What if tears fill her eyes? What about now?

See my pupils? Zoom in.

I don’t feel anything at all, I say, horrified.

I remember it, but I don’t feel anything. Get off me, I say. Let’s run away together.

Myceaqua Vitae is a film considering the inseparability between science, aesthetics, and narration. It offers a conduit for myth, laying out a rhythmic and poetic space for the multiplication of voices, trance states, and speculation about shapes of being. Ntjam’s video installation, reminiscent of a spacecraft console—the kind familiar in science fiction—is used to visualize “alien” signals and tell the story of an unclassifiable bioluminescent organism.

The full length version of Myceaqua Vitae (07:48min) was available to watch until 26 November 2021. It is now presented as a short excerpt.

Franny Choi is the author of Floating, Brilliant, Gone (Write Bloody Publishing) and Soft Science (Alice James Books), winner of the Science Fiction Poetry Association’s Elgin Award. Other honors include a Lilly/Rosenberg Fellowship, a Holmes National Poetry Prize, and a Rhode Island State Council on the Arts Fellowship. She is a Levitt Artist in Residence at Williams College and has two books forthcoming from Mariner Books: a poetry collection that turns a speculative eye toward contemporary definitions of apocalypse, and an essay collection about race, feminism, and robots.

Josèfa’s work is also featured in Issue 008 alongside the essay Ethereality at the Edge of Social Media by L. Ayu Saraswati.

This feature is supported by

Invest in what matters. 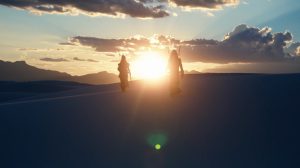 WHY DANCE IN THE FACE OF WAR? 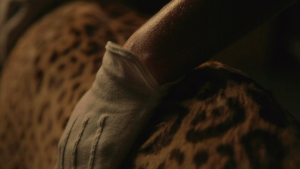 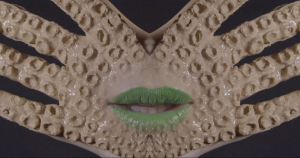 GOOD EYE TO THE BOUGHS