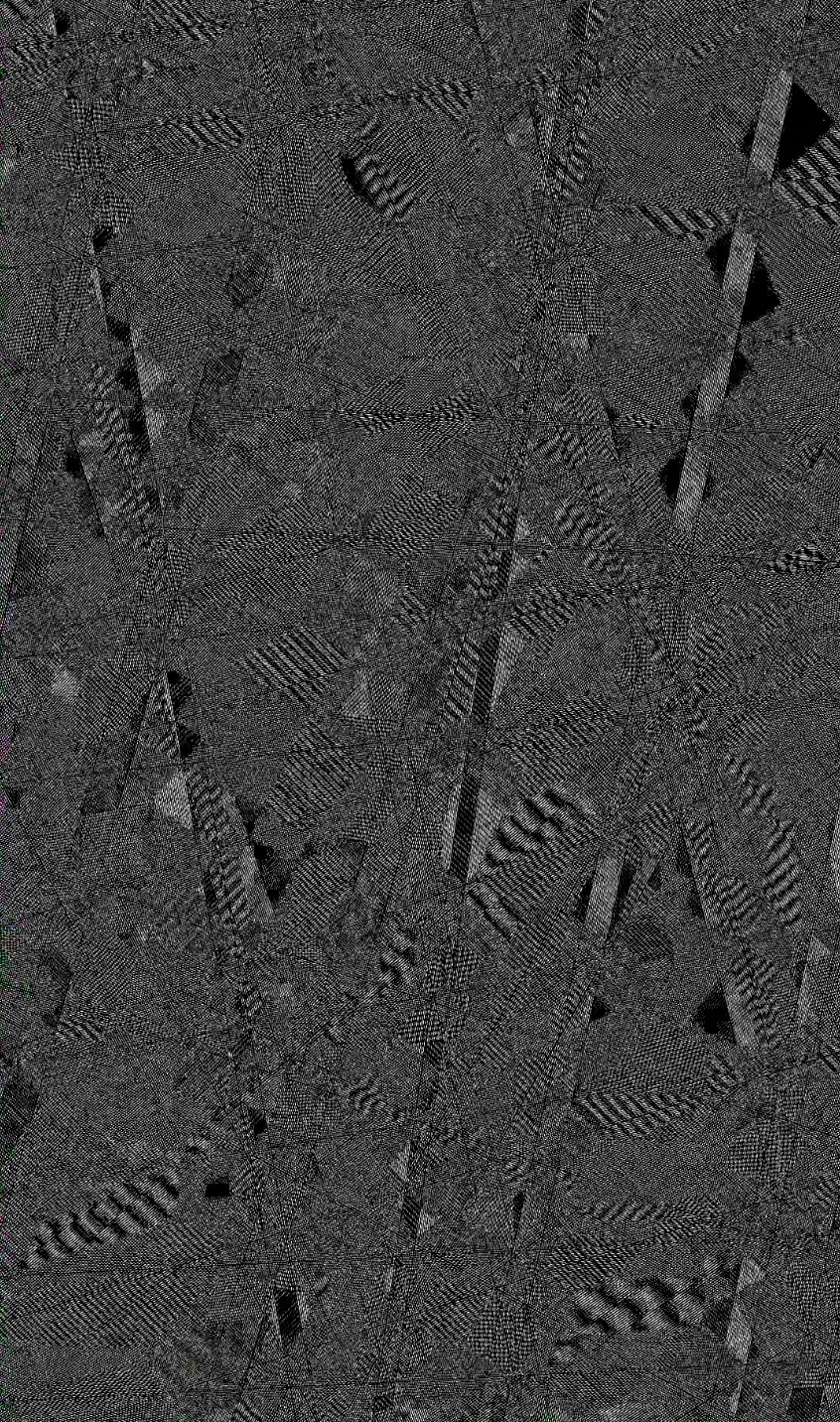 My associations take me from seizure to epilepsy, from dizziness to falling down.

Ring-a-ring-a-roses,
A pocket full of posies,
A-tishoo! A-tishoo!
We all fall down.

According to Fitzgerald this nursery rhyme arose during the Black Death, an outbreak of pneumonic plague that affected London in the years 1665 and 1666. As he tells us:

“Ring-a-Ring-a-Roses” is all about the Great Plague; the apparent whimsy being a foil for one of London’s most atavistic dreads. The fatalism of the rhyme is brutal: the roses are a euphemism for deadly rashes, the posies a supposed preventative measure; the a-tishoos pertain to sneezing symptoms, and the implication of everyone falling down is, well, death.

There are many disagreements about the validity of such assertions, including a theory that the aforementioned nursery rhyme actually goes back to the Great Plague of 1347, the first incidence of bubonic plague on the British Isles.

Establishing the historical facts becomes insignificant for our current purposes: what matters to a psychoanalyst is that generations have believed this nursery rhyme to be about a situation not so different to the one the world has encountered since the arrival of the Covid-19 pandemic.

Dizziness, a sense of dislocation, is close to the anxiety of falling down precisely because it places us on the edge of freedom. But, for now, we all fall down and we must tolerate our fallen bodies; the lighter we were, the more drastic the fall. By nature we want to wrestle with gravity, anxiety, and freedom, which leads to seizure and fallen fantasies.

So might we say that seizure becomes a defense against falling? Can we see it as an attempt to not submit to gravity, or to leave nothing to chance after all, like the Bird Man?

(In his book, The Love of Beginnings, Jean-Bertrand Pontalis writes:

I saw a man throw himself, smiling, from the top of the Eiffel Tower. He was wearing big wings. He had summoned journalists and cinematography. His fall was in a straight line. He crashed at the feet of officials in dark suits. I don’t know his name. He was called the Bird Man. He had left no chance to chance as regards the preparations for his exploit.)

Although all epileptic seizures are marked by spectacular, indeed uncanny effects, one of the first psychic constellations that is brought to the fore by epilepsy is voyeurism-exhibitionism, in which the subject, who does not see himself in the seizure, shows himself thus to others. It is interesting to note that one of the signs of improvement in epilepsy occurs when the subject is able to elaborate a link between his seizures and the circumstances of his life. In other words, when he becomes the voyeur of his own life more than the person who merely stages the spectacle.

In short, we might say that seizures start to disappear when the subject claims her fallen fantasies back, when she starts to re-member what she knew all along, when she finds the courage to encounter her unconscious infantile fantasies with “the grace of a woman and not the grief of a child.”

We fill our pockets with posies, but ashes are there too, so close, so immediate, so palpable while roses are as inescapable as rashes and we cannot breathe, in any sense of the word: metaphorical, literal, political. We have been fighting this dislocation for so long, and now with Covid-19, most of our well-functioning psychic defenses are violently taken away, and now we must finally fall into the abysses of anxiety. We may come back transformed from this fall, but we don’t know that yet. And although we don’t know, because of this we must let gravity take us: for now we must risk it. It is only after the fall that we will be able to elaborate whether it was a fallen body unto death Or was it a fall at the edge of subjectivity, at the edge of freedom? This is precisely what anxiety is about, according to Kierkegaard and Lacan, a place where fantasy is aroused. In a different place we find the fall of fantasy which is, after all, part and parcel of hysterical seizures and epilepsy . . . ring-a-ring-a-roses and we all fall down . . .

Perhaps we can seize this moment of dizziness, in an attempt to avoid a seizure.

Anxiety may be compared with dizziness. He whose eye happens to look down the yawning abyss becomes dizzy. But what is the reason for this? It is just as much in his own eye as in the abyss, for suppose he had not looked down. Hence, anxiety is the dizziness of freedom, which emerges when the spirit wants to posit the synthesis and freedom looks down into its own possibility, laying hold of finiteness to support itself. Freedom succumbs to dizziness.

My epileptic patient said to me the other day that since the Covid-19 pandemic began, everybody seems epileptic. “I can finally be dizzy, I don’t need the concreteness and melodrama of seizures, I can finally enter the less shaky Shakespearian theatre of dizziness and anxiety.”

Maybe, oh maybe, it is only with the fall of our illusions that we have had deliberately to come face to face with those big others of ours, the ones we are supposed to know: from the state to the psychoanalyst. As the fall of the subject ‘supposed to know’ becomes widespread in the uncertainty of the pandemic era, we can envision the reclamation of our fantasies, we can envision the possibility of a subject, bruised from the fall and yet in a kind of submission to gravity’s inevitable superiority over our bodies, our selves. But this act of reclamation will remain to be examined, to be elaborated afterwards: for now we must tolerate the anxiety of falling, at the edge of the possibility of desire, at the edge of language.

Fowler, Gillian R. “Moving the Plague: The Movement of People and the Spread of Bubonic Plague in Fourteenth Century through Eighteenth Century Europe.” n.d., 50.

Kierkegaard, Søren. The Concept of Anxiety: A Simple Psychologically Orienting Deliberation on the Dogmatic Issue of Hereditary Sin. Translated by Albert Anderson, Princeton UP, 1844.

“While in residency at the Lisio Foundation in Florence, and the Bevilacqua atelier in Venice, both seventeenth century silk and velvet punch-card Jacquard weaving studios, I became interested in dazzling archive of “weave drafts,” hand-painted plans for classical weaving patterns which are translated into punch-cards for use on the mechanical looms. I was particularly interested in the fact that major clients for these fine silk textiles are seats of global power: the Kremlin commissioned textiles from these studios as wall coverings, as well as the White House under JFK. Having access to these archival files, I made copies thinking I would try to re-weave or somehow utilize these patterns in my own weaving. However, in processing the digital files, an error in my photo editing revealed moire patterns, resulting from the high density of black and white squares used to plot out the patterns. These moires resulted in animations revealing an optically striking, hidden visual language. My hope in much of my work is to reveal hidden spectres in systems, ghosts in machines which dwell quietly in our infrastructures.”

Dr Homayounpour’s book Doing Psychoanalysis in Tehran (2012: MIT Press) won the NAAP’s Gradiva Award and has been translated into multiple languages. Other recent publications and book chapters include “The Dislocated Subject” (2019) and “Islamic Psychoanalysis and Psychoanalytic Islam” (2019).

Jovencio de la Paz is an artist, weaver, and educator. His current work explores the intersecting histories of weaving and modern computers. Rhyming across millennia, the stories of weaving and computation unfold as a space of speculation. Trained in traditional processes of weaving, dye, and stitch-work, but reveling in the complexities and contradictions of digital culture, de la Paz works to find relationships between concerns of language, embodiment, pattern, and code with broad concerns of ancient technology, speculative futures, and the phenomenon of emergence. He is currently Assistant Professor and Curricular Head of Fibers at the University of Oregon.