with photomontage from MOLECULAR GENEALOGIES

Abstract: This essay explains why we feel compelled to constantly check our social media accounts and still feel lonely even when we are perpetually connected with others online. It argues that it has something to do with the notion of social media as ethereal and phantasmagoria. This means that social media, like the ether, works as an intoxicant that can take us from this world to the otherworldly, the ethereal. Just like the ether, social media also functions as an anesthetic. As social media is filled with entertaining and enchanting posts, it can sooth and soften the ordinary pain of being human. Yet, going to social media is like going to a phantasmagoric performance in that we go there to have our feelings stimulated by what is on display. Indeed, social media makes us feel more. But simultaneously, we are distracted and disconnected from our own feelings. Hence, the loneliness remains etched to the very core of our being.

Social media is messing with our heads. It shifts our sense of reality, and how we experience it. We may have a perfect relationship, but unless we post it on social media, it may not be considered “Facebook official.” (Yes, honey, I’ll change my “single” status tonight.) But this isn’t necessarily a bad thing. I’m not here to tell you, “Ma’am, please put your phone down, and step away from social media.” This would be hard even for me, as the first thing I do after I wake up is reach for my phone and check all of my social media accounts. My invitation here is for us to understand how social media captivates us so and its consequences. We need to find ways to liberate ourselves from the spell and shackle of social media, and to take control of social media as a means of knowledge (and social, etc.) production. To do this we need a new framework: one that considers the ethereality of social media.

To understand the ethereality of social media is to hold within our grasp why social media is addictive, affective, and alienating. I use the term ethereality to refer to the condition and quality of being ethereal. I also employ it to get at a layer of reality that is registered as ethereal—one that is based on the very production of the ethereal, like social media. It is a form of reality that is produced by way of turning a mundane breakfast into a magical spectacle, for instance, so that the object (and the person posting it) can have currency on social media.

The ethereality of social media means that there is a condition of social media, like the ether, that works as an intoxicant. Social media functions as an instrument that takes us from this world to the otherworldly, to enter the ethereal, a space that is enchanting and entertaining. As social media is an ethereal space, we cannot take our physical body to that world. We enter it through our affective apparatus (our ability to feel). When we scroll through an image of sliced strawberries carefully lined up on top of alternating layers of mascarpone cream, soft biscuit with almond, and strawberry compote, and then another image of turquoise blue water against white sand in sunny Turks and Caicos, and so on, we may forget that we’ve been waiting in line at the grocery store for a long time. (Someone, please open another cash register!) In this sense, social media, like the ether, also works like an anesthetic. As it takes us to the enchanting world of the ethereal, it soothes the suffering of simply being alive (or waiting in a long line).

Not all images posted on social media can take us to the ethereal world, of course. They have to go through several processes of production to have the capacity to intoxicate and anesthetize us. They involve taking a picture from a unique angle (using a drone if one must), carefully photoshopping and filtering it to make the colors more vibrant, the shapes more defined, and the stories (by way of captions and comments) more thrilling. When that image is viewed alongside many other images in one infinite scroll, all of these images together can intoxicate us. Indeed, the infinite scroll allows us to never hit a bottom (of a page) or to experience that affective sense of completion, which then leads to an endless scrolling. This endless scrolling works to flood our senses and anesthetize us. The paradox here is that it anesthetizes us by making us feel more (i.e., the flooding of the senses that distracts us from our own feelings). Social media postings—the controlled “environmental stimuli“—undeniably aim to evoke strong emotions from us, but not to feel them as our own emotions.

A fitting metaphor could perhaps be helpful to explain how this works: phantasmagoria.

Phantasmagoria comes from the Greek words phantasma (phantom) and agoreuein (allegory, or, for Walter Benjamin, “profane illumination”). In 1797, a Belgian physicist Étienne-Gaspard Robert (stage name Robertson) used this term to describe his “ghostly performances.” Then, in the early nineteenth century, phantasmagoria became popular to name visual performances that involve a “magic lantern” to project mostly ghostly figures on the wall. What is suitable about phantasmagoria to explain the social media world is how it captures “an appearance of reality that tricks the senses through technical manipulation.” On social media, this technical manipulation involves those several stages of ethereal production that I mentioned above.

In likening social media to phantasmagoria, I want to emphasize this: people go to social media for the same reason people in the early nineteenth century went to phantasmagoric/ghostly performances. They/we wanted to be entertained and emotionally affected by what is being shown. We wanted to feel more or feel differently from what we’re currently feeling. This explains why social media postings that go viral are usually the ones that have the capacity to evoke strong emotional responses, and that the heart, like, or other emojis are an important part of social media.

Herein lies the problem: when we are intoxicated and anesthetized by social media, but then incited to feel more and simultaneously are distracted from our emotions, we may become alienated from our own feelings. When we are distracted, we become less aware of what is going on in our physical world. What we feel may also be layered and filtered through these social media postings. An example here is how women may feel burnout during the pandemic. To alleviate this feeling, we go online to connect with others, share our feelings, or binge watch. We feel good while doing that. But, even as we feel better in that very moment, it does not negate the fact that these feelings are mere distractions from the burnout that we feel in our lives. It does not make visible the neoliberal/capitalist structure of emotional hegemony that creates this very burnout to begin with, that governs what to feel, why we feel the way that we feel, and how these feelings are gendered, racialized, and classed. Thus, as we seemingly feel better, yet simultaneously are still feeling the burnout, we seek more entertainment, more enchantment. This returns us to the cycle of addiction, how we are tethered to the ethereal space of social media.

The world of social media is made ethereal for a reason: it keeps us under its spell. To dispel it, we can begin to: 1) be aware of the logic and ideologies (e.g., neoliberalism, capitalism, racism, sexism, heterosexism, ableism, etc.) that are working on social media and shaping how/what/when we post; 2) enter the ethereal and ephemeral world of social media with consciousness so that we don’t end up being alienated from our feelings and modes of knowledge production; 3) refuse to be absorbed into the social media machine or be used for the platform’s gains; and instead 4) cultivate new social media practices that focus on the wellbeing of the collective and allow us to excavate and express our deeper emotions, even those we’ve never felt before. Once we truly practice these critical social media behaviors, we can then courageously live at the edge, rather than at the center/dominant space, of social media.

Made of archival photographs and 3D scans of objects and vegetal elements, Ntjam’s photomontages conjure an opulent universe in which, collapsing the micro and the macro, documentations of riots and portraits of political dissidents merge with an array of abstract cellular shapes, mythological animals, equatorial plants, and computer-generated jellyfish. Moumiémone (2021), for instance—the title is a contraction between the name of Cameroonian writer and militant Marthe Ekemeyong Moumié and an anemone—shows an aquatic landscape in which digital renderings of snakes and close-up images of crystals are layered with photographs of Huey Percy Newton (1942–89), the co-founder of the Black Panthers, and Harriet Tubman (1822–1913), an American abolitionist who rescued seventy enslaved people using the Underground Railroad networks. In other works, Ntjam juxtaposes images of particles and screenshots of digital glitches with figures such as the American political activist Angela Davis (b. 1944), Félix-Roland Moumié (1925–60)—an anti-colonial leader assassinated in 1960 by the French secret services—and Yasuke, an African who visited Japan in the 16th century and became the first Black Samurai.

Composed of interlacing narratives, organisms, and substances, Ntjam’s photomontages dive into the microcosmic to capture the sparkling textures of personal and collective memories. Through cultural and biological worldbuilding, the artist fragments the chronological unfolding of history in an attempt to find, in its breaches, the gateways towards new modes of being and belonging.

L. Ayu Saraswati is an award-winning author and associate professor of Women’s Studies at the University of Hawai’i at Mānoa. To read more about her work on social media, check out her new book, Pain Generation: Social Media, Feminist Activism, and the Neoliberal Selfie. 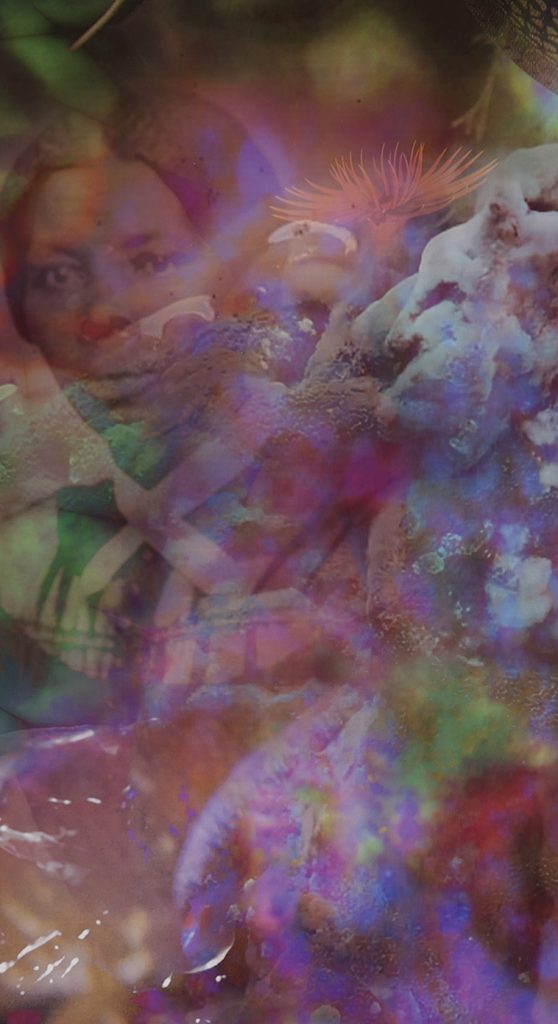 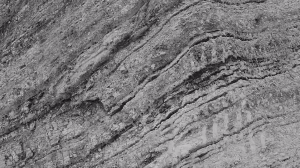 AN OPEN LETTER ON THE UNTHOUGHT CONTRADICTIONS OF DOING CLIMATE ACTIVISM 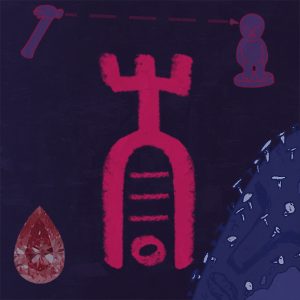 Beyond Shadow Boxing: Reflections on the Matrix of Race in the Post-Floyd Era of Racial Protest 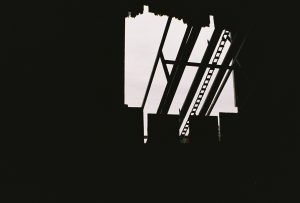