In Ottessa Moshfegh’s My Year of Rest and Relaxation, we are introduced to an unnamed protagonist: thin, blonde, beautiful, and with money enough to cover any reasonable need thanks to the passing of both parents midway through earning her Art History major at Columbia. If that description sounds a bit like fantasy wrapped around tragic causation, well, you are halfway toward understanding the driving mechanisms of the novel.

Despite all material advantages, she is miserable. Seeing people, leaving the apartment, exposing herself to current events—these are all nigh impossible for her. “The air hurt, the light hurt, the details of the world seemed garish and hostile.” So she chooses to sleep, nearly-continuously, for a full year, aided by a murderer’s row of prescriptions both real and invented by Moshfegh. Our protagonist’s desire is clearly expressed—to emerge a brand-new person. “[What I was doing wasn’t] suicide,” she explains, “In fact, it was the opposite. . . . My hibernation was self-preservational. I thought that it was going to save my life.”

The book takes place in the years just prior to 9/11, but feels very much of our current historical moment. It provokes in the reader a level of envy for the protagonist’s ability to pursue such a project, both for the material pre-conditions (if only I had no financial responsibilities, I might do the same!) and for the allure of sleep’s cocoon: “This was the beauty of sleep—reality detached itself and appeared in my mind as casually as a movie or a dream.” In this way, the book itself performs a fantasy for our era, one in which the daily nightmares of our historical moment and the shrinking distance between us and the horizon of the anthropocene might be relegated to the stuff of dreams while we sleep and await a fresh start. As Moshfegh writes:

“I was finally doing something that really mattered. Sleep felt productive. Something was getting sorted out. I knew in my heart—this was, perhaps, the only thing my heart knew then—that when I’d slept enough, I’d be okay. I’d be renewed, reborn. I would be a whole new person, every one of my cells regenerated enough times that the old cells were just distant, foggy memories. My past life would be but a dream, and I could start over without regrets, bolstered by the bliss and serenity that I would have accumulated in my year of rest and relaxation.”

There’s a desire at play here, that of fantasmatic reconstitution of a ‘new’ subject no longer plagued by its lack. But what is this lack, really? The book performs a bait-and-switch, teasing the psychoanalytically obvious—the traumatic death of the parents—as that which is repressed, and yet returns continuously. Indeed, one of the funniest running jokes of the book is the protagonist’s quack, Doctor Tuttle, absentmindedly inquiring about the parents at each and every visit, no matter how many times she’s been reminded of their deaths. Another is the sheer lack of sympathy our protagonist has for her sole friend, whose mother is also near death. “‘You’ll be fine,’ I told Reva when she said her mother was starting a third round of chemo. ‘Don’t be a spaz,’ I said when her mother’s cancer spread to her brain.”

Moshfegh’s body of work prior to My Year of Rest and Relaxation has already confirmed her as a masterful author of unloveable protagonists. It’s important that while we can admire the protagonist’s barbed wit and indulge with her in the fantasy of a year of sleep, we only occasionally identify with her. This is accomplished in part due to the classist disdain with which she treats her friend and her general unpleasant demeanor—something carbon copied, it seems, from her dead mother, an alcoholic who “crushed Valium into [the protagonist’s baby] bottle,” since, as she will later declare while delivering news of the father’s death, “‘You know I don’t like it when you cry.’”

Here the novel more fully articulates that which makes it a fantasy for our late capitalist moment. It is fundamentally concerned with that which we inherit, that which has been passed on to us for good and for ill. Again, the ridiculous Doctor Tuttle’s words are illuminating, even as they are presented as unrelated ramblings. “‘The death gene is passed from mother to child in the birth canal. Something about microdermabrasions and infectious vaginal rash,’” she mutters while looking for yet more pill samples for her patient. And earlier: “‘You’ve seen rodents breed in captivity? The parents eat their babies. Now, we can’t demonize them. They do it out of compassion. For the good of the species.’”

The protagonist herself also notes, “I was lucky to have my dead parents’ money, I knew, but that was also depressing.” As occupants of this last-gasp stage of capitalism, what we inherit is a poison pill we never asked for, that which constitutes our subjective reality even as it makes that reality unbearable, untenable, such that we would gladly “risk death if it meant [we] could sleep all day and become a whole new person.” In My Year of Rest and Relaxation, the fantasy mechanism of sleep-as-(re)creation stands in for any conscious attempt at re-shaping the self, not because of laziness, but because the late capitalist subject’s waking life is one in which they are always already manifested as capital itself. Every moment, thought and emotion are already monetized in some way as either revenue or deficit, as either for one’s self or for an other. The fantasy of sleep-as-re(creation) is the gambit that perhaps, given enough time, our unconscious might just ‘have the answers’ in a way that our daily, conscious self and life can never achieve, given the economic-psychic reality we have inherited.

The protagonist comes to understand the nature of her trauma succinctly: “I’d feel sorry for myself, not because I missed my parents, but because there was nothing they could have given me if they’d lived.” The fantasy the book enacts is not a return of the lacking parents, but rather, a return to the primordial or the pre-capitalist existence, a chance to do it all over again:

“ . . . a part of me wished that when I put my key in the door, it would magically open into a different apartment, a different life, a place so bright with joy and excitement that I’d be temporarily blinded when I first saw it. . . . When I tried to imagine this new place, all I could come up with was a cheesy mural of a rainbow, a man in a white bunny costume, a set of dentures in a glass, a huge slice of watermelon on a yellow plate.”

Necessarily, the fantasy is impossible to articulate for our protagonist, just as Capitalist Realism precludes even the ability to imagine an alternative to the capitalist world order into which we have been born. And so we indulge in the fantasy, diving head-first into this wild, imagined project, this year of rest and relaxation, in the last-ditch hope that it might somehow succeed. Of course, your own interpretation of the novel’s ending, of its truly wild epiphanic conclusion, will only always reflect back to you that which you desire of it. Such is the nature of a fantasy, and My Year of Rest and Relaxation provides us with one of the best we’ve been given in recent years.

MY YEAR OF REST AND RELAXATION, a novel by OTTESSA MOSHFEGH, was published in paperback by Penguin in July 2018.

Jesse Sawyer lives in Saint Paul, Minnesota. He writes fiction and his debut novella, SUNSET RIDERS, was published by Revolver in 2016. He can be found at the library. 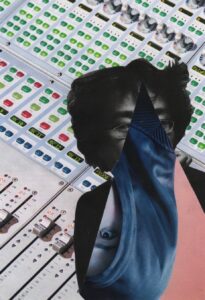 My Work with Jonathan 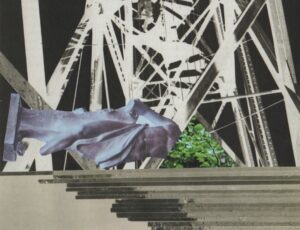 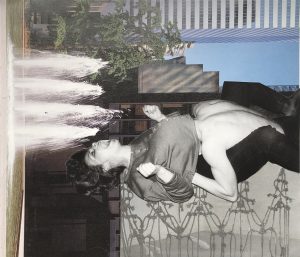