When you read these, I, that was visible, am become invisible;
Now it is you, compact, visible, realizing my poems, seeking me;
Fancying how happy you were, if I could be with you, and become your comrade;
Be it as if I were with you. (Be not too certain but I am now with you.)

Each desire for escape weighs me down by one more link!

Francis Ponge “The Voice of Things”

Throughout my adolescence, my parents used to remind me how often I had expressed the wish to marry a bride like the mannequins I saw as a child in the windows of wedding shops. In the town of Mitrovica where I was born and where this memory took place, there is still an entire street in the centre flanked by female mannequins showcasing splendid and kitchy dresses for the bride to come. (Or quite likely for the bride forced to become!)

In the meantime, it is not uncommon to open a daily newspaper in Kosovo and read recent statistics on how divorce is slowly becoming a norm. This, in a society for a long time steeped in tradition and conservatism.

As a kid I witnessed countless traditional weddings and, more than any other male member of the extended family, have had direct access to both the men’s and women’s hangouts and dressing rooms. The cacophony of female voices dripping with excitement and desire while they all meticulously took care of the bride and her garments—for her unending successions of catwalks—is still fresh in my memory.

Just like every daughter, mother and grandmother in these changing rooms, I too wanted to be that bride. To wear that excess of desire and to show it to the countless guests outside with pride and confidence. I don’t remember ever being kicked out of a men’s or a women’s changing room. I moved in and out of these distinct and rich spaces at free will, and the best respite I always found was in lying side by side—or, often, in between—the open legs of an older male relative in the traditional rooms for men called “Oda” where my father, grandfather, uncles, young relatives and other guests used to smoke and talk for hours.  At the end of the wedding ceremony—which usually lasted for three days—there was always one act of punching. The bride would be inside the bedroom waiting. The men would take the groom and, after punching him in the back, they would make him enter the bedroom where the unwritten contracts of manhood and marriage would be signed once and for all.

When I look back to the moments that compelled me to run away from Kosovo—neither forced nor encouraged to do so—I am filled with both a sense of guilt and desire. Guilt, because I did not say goodbye to any of my friends and left them struggling, perhaps, with inner dramas very similar to those that I had. This inner drama is one of differentiation: of defining oneself, or at least of gaining a measure of definition of what one desires and who ‘oneself’ truly is. It is also one of self-determination: having access to one’s imagination and resourcefulness, without recourse to prevailing values, for the purpose of rescuing one’s autonomy from being subsumed into identification with collective values.

Another dim but nagging sense of guilt—perhaps specific to myself, perhaps to many who have exiled themselves by choice—is for the lost chance to come in intimate relation with myself close to the people and the place which laid the foundations for who I will, or have already,  become. Though it might sound strange, this sense of guilt also comes from the missed opportunity to witness how others of the same place and beginnings are coming into intimate relation with themselves. Sometimes I think that, by leaving, one is exposed to complex struggles and can hardly tell how close one is to oneself. By staying, one can pinpoint the changes, or lack thereof, more clearly. The reverse might just as well be true: clarity comes with leaving, and complexity pertains to the act of staying. Such are the contours of the struggle—whether inwardly exiled at home, or physically, abroad—for differentiation and self-determination.

For some, coming of age (i.e. feeling oedipally at home in one’s skin/family/society) can take longer, already giving one a taste of what being exiled feels like, followed, perhaps, by a strong urge to actually leave. This was certainly true in my case. Countless road trips listening to The Doors and Pink Floyd, drunken nights, unending conversations, the joints, the sleep-overs together in beds that were too small, the romances, the fights, the jealousies and the sparkling poverty of everyone and everything added as much to the thrill of being an adolescent as to the process of soon after “being sent” to exile.  The risk throughout this struggle is that what is demanded of such individuals, directly through accepted norms or imperceptibly, is to pass oneself into silence. Perhaps fantasy is the only means through which differentiation is achieved. Or else, it all becomes political, inside and out.

Just like that of many individuals born and raised there, Kosovo’s eternal struggle as a country (“territory” and “breakaway province” are the more common names) has been one of differentiation and self-determination. More than sixty percent of the population is under the age of thirty-five. This number does not have to mean much, but one can imagine what a tension there might be in this youthful country of 2-million, between conformity to a collective identity, and the urge to be distinct and individual.

Many people I know that have stayed have struggled to abide by traditional family values. In a recent visit, I met a friend—a well-known musician and in his thirties—while at a popular cafe that he owns. He is a young man leading a rather independent life, I would say. He mentioned to me again—just like 8 years ago—his intractable problem with his family who want him to marry and to opt for a more conventional life. For those less independent than he, that struggle might mark them more deeply. The pressure of family is just one of the manifestations of this pull of collectivising. There come other pulls: tradition, morals, religion, and Western values, not those of the Enlightenment (self-examination, self-reflection, independent thinking), but those of Capitalism including, consumerism and self-branding.

An image on a public wall in the centre of Pristina includes, on a painted frame, the words ‘half original’. The government-sponsored video “Kosovo the Young Europeans” released to international broadcasters after the declaration of independence tries to take advantage of exactly that which perhaps makes this country different, by branding it. A sorry urge to use mere demographics in the hope of a self-fulfilling prophecy!

Most of the members of Kosovo’s younger population have spent their youth in between eras denoting political turmoil. Before the war (1990s)—after the war (2000s). Before independence (- 2008)—after independence (2008-). Yet another era is ongoing, a period awaiting Kosovo’s membership to the European Union. Seen in these crude terms, life in Kosovo is differentiated only through politics and history, shot through, for decades, with constant immigration. Lifestyle, as it is understood and lived in Western Europe (that is, an individual distinctness achieved through a series of personal choices that are free from repression or from unreflective identification with mainstream values) is hard to come by in Kosovo.  I do not mean that this process of differentiation is easy in other societies, rather that this process enforces itself in Western society—by virtue of the individual perceiving oneself as distinct from the main narratives/discourses of society.

Entering Kosovo again from Albania, during a trip in both countries with my husband, a Catalan, and a Spanish friend, one of them made a curious comment: “In Kosovo people look more modern.” I instantly agreed with him, but I had to think afterwards why. Albania has been independent for more than a 100 years. Kosovo for 10 years.  Is it possible that that which is well-defined becomes traditional, and perhaps what is undefined or undefinable is more…contemporary?

Of countless images I took on this trip there are two that have stayed with me, images I could not take because the opportunity passed so quickly. One was of a Michelangesque bust of a young man left in the middle of a street that was closed and under construction, while we drove through the already-paved side. The bust was upright and looked into nothingness with self-confidence, surrounded by heavy construction machinery and the sea behind. The other, again on the road, was one of a distant but clearly visible young man, shirtless, with blue pants, grabbing two sacks full of something, stamped like a mythical figure onto the unreachable hill, dry grass surrounded him, against a backdrop of mountains, swathed in sunlight.Since these images are the ones I could not capture on film, they assumed a dreamlike quality in my mind. Perhaps in a similar fashion the outside, both as a physical space and a mental one, assumes a certain quality of a dream in which each individual discreetly wants to claim a part. Jashtë, the word in Albanian for outside—also used to mean “abroad”—instantly articulates the mood of those with the desire to migrate. By claiming the outside, a subject can break with conventional definitions (of marriage, home, family, village, country) and define themselves distinctly in relation to them. That certainly seems to be true in the case of young people flocking to Berlin, for instance, from around the world. Stripped of its historical-political, as well as economic underpinnings, the desire to migrate becomes a distilled pursuit of independence, transforming one’s relation to what is already familiar and, while opening it up to new relations and understandings, enriches the entire world in turn.

Originally published in HAVE NOT MAGAZINE April 2017 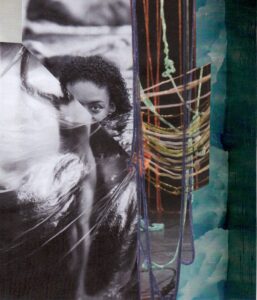 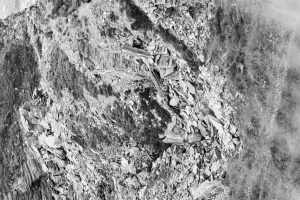 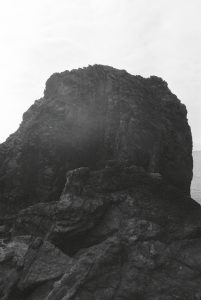