“You are eligible for parole.”
These are the sweetest, most powerful words to someone whose Scheduled Release Date (SRD) lies years—decades—beyond his expected lifespan.
Hope and trepidation. Fear and promise. The sum entirety of his being distilled into those five words.

I am one man, with one point of view, one set of experiences, capabilities, and expectations.

I was convicted of murder in 1991, remanded via a soon-to-be-replaced Sentencing Guideline that had not been in place long enough to see its first test of the words, “You are eligible for parole.”
This statute’s replacement completely did away with the one-fifth minimum for parole eligibility, this minimum being twenty years into the presumptive sentence of one hundred years. Parole was no longer available.
(“Ninety-Nine Years” is the wording of this statute, I was actually sentenced to 101 years, my 330 days of jail credit notwithstanding.)
My sentencing guidelines were in place for just fourteen years, and the replacement’s guidelines were “not to be applied retroactively.”
(However, any changes to legislation, statute, or guidelines are often far too tempting to not be enacted retroactively, and tend to only become an issue—as demonstrated by Senator Tom Cotton’s recent inelegant questioning of Judge Brown-Jackson—when these “not retroactive” changes actually benefit a defendant or penitent. This phenomenon is known as “sentence creep.”)

Many things happened to me, around me, but nothing that should have affected my eligibility for parole.
I requested—and was eventually granted—transfer to my home state for housing, and, soon enough, my first eligibility appeared on the horizon.
I presented my parole credentials: two vocational diplomas, fourteen certificates—pro-social, family counseling, and anger management—a liberal arts associate’s degree, Adult Basic Education tutor certification, an interdisciplinary bachelor’s degree, a nearly-unbroken history of employment, positive work evaluations, dozens of letters of support, and no chargeable infractions in over nine years.
“… After carefully reviewing all pertinent and available evidence, parole will not be granted at this time for the following reason(s):
“Further Vocational or Educational programming would greatly enhance the penitent’s chances of successful release.
“Your next parole hearing is” [Three Years]. This is “Reason for Denial” number three—of four—in the statute under which I was sentenced.

Three years later my infraction-free status, employment record, and positive work evals were extended by three years; I added a Microsoft Office Specialist Help Desk certification, and nearly twenty adjacent certificates.
“… After carefully reviewing … parole will not be granted for the following reason(s):
”             “
“Your next parole hearing is” [Three Years].

(Neither denial was unexpected—penitents are rarely granted release from their first two or three submissions.)

Three more years’ worth of employment, more support letters, enrollment in a writing workshop:
“… after carefully reviewing … you are recommended to participate in the Mutually-Agreed Parole Program (MAPP) plan.
“We will contact you with further information as to the participation and applicability of this Program.”
Ninety days later, after many fruitless attempts by my facility case manager for any information on the MAPP plan:
“… after carefully reviewing … parole will not be granted for the following reason not be granted for the following reason[s]:
“There is a high likelihood that the penitent would not readily submit to reasonable expectations of parole;
“Release at this time would depreciate the severity of the crime and promote disrespect for the Law.
“Your next parole hearing is” [Three Years].
(Reasons number four and two, respectively.)

Three more years, an unexpected transfer to a medium-custody institution, unbroken employment, positive work evals, creative writing work published in a respected literary journal, and …
“… after carefully reviewing … parole will not be granted for the following reason(s):
There is a high likelihood the penitent will re-offend. Your next parole hearing is” [Three Years].
(Reason number one.)

Many people—staff, inmate, civilian—ask me, “What, exactly, do you have to do to go home?”
After fourteen years of asking, pleading, and demanding the entire chain of command, I finally received an answer, six months before my fifth hearing:
“The Parole Commission is opaque. Stop asking why. You are eligible for parole. Please stop asking.”

“You are eligible for parole.”
There are tens of thousands of men, women, and otherwise, who fall under a jurisdiction that is nearly identical to mine—the specter of release being the most cruel punishment to those who, regardless of their individual circumstance, have met the criteria for release (a clever play on the psychological concept of “negative reinforcement”).
Yet because of political cowardice, the false claim of “The Constituencies’ Demands,” these penitents are never sincerely considered for release.
Lawsuits to reveal parole boards’ inner workings go nowhere—even federal court orders are routinely ignored—proven programs are killed by future administrations before they can affect change, politicians’ currency of fear and security find just enough fertile ground.
I do not have answers to these impediments, I only know that, contrary to what most people would wish to believe, “hope” is one of the most cruel punishments, especially when it is embedded in these five simple words:
“You are eligible for parole.”

Mr. Bronson has been a marine, a husband, a father, and was a miserable failure at all three—he hopes to one day return to his beloved home on the rolling flatlands of southern Minnesota. He has been a member of the Minnesota Prison Writers Workshop (MPWW) since its inception. His work first appeared in “So It Goes: The Literary Journal of the Kurt Vonnegut Museum and Library,” and has been nominated for a Pushcart Prize.

Minnesota Prison Writing Workshop (MPWW) fosters literary community and a devotion to art inside Minnesota correctional facilities through high-quality creative writing classes and related programming. During incarceration and throughout reentry, they empower writers, challenge stereotypes about the incarcerated population, and promote a vision of rehabilitation and restorative justice through art. They also seek to bridge the divide between literary communities inside and outside of prison by creating platforms for their students’ work. Read more about and donate to MPWW here. 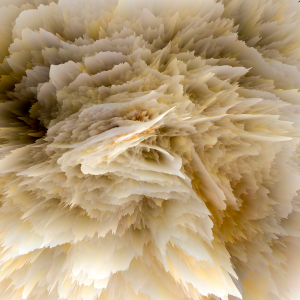 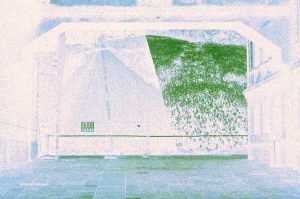 We Were the Many 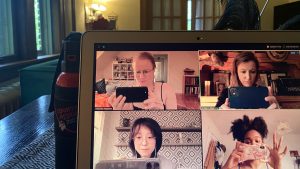