a video by BALLA MAL KASSÉ

It is just dawn and I’m longing for the arms of another, toes brushing in sleep, breathing low and steady. Or for my friends in the kitchen, their hands gentle on the bulbs of garlic, on the ladle, on the cup of wine. But for now they are alone like me: tender, wounded beasts on the other side of this tiny screen that glows like a lighthouse, like a beacon in the night.

Scraps of their words reach me, but it’s that careful embrace that I crave: to be cradled like I cradle my child. To be held, rocked into the long silence of sleep with tender devotion. Instead, I sleep alone. And wake in swirls of words and words, only words, illuminated. Words, as they say, like a prison house, keeping forever out of reach that subtle, sweet susurration of breath or fingertips at the nape of my neck. Or the nape of yours.

There are, they say, gifts in solitude. Even in grief the pieces rearrange, make a newly unique pattern. I keep waiting for us all to arrive there, on the other side of these two long years of loss, of disappointment, silence and separation, of touch confined, so often, to the screen. But as this liminal time of illness and longed-for care morphs and persists, it seems, touch, or being-together-with remain hard-won at best, impossible at worst. In our fourth issue exclusively for our friends and supporters, TOUCH, we seek ways toward a renaissance of tenderness, of care, of touch, whether in togetherness, or solitude and separation. We seek ways toward changed forms of community, solidarity, expressions of love that lie outside of language, changed notions of what, exactly, it means to touch.

And so I’ll evoke an image—or perhaps it’s a proposal, a salve, or simply inspiration—hidden in one of the lesser-known meanings of the term touch, an image as an attempt to imagine ways toward a renaissance of care. Touch can be a series of changes in the art of Change Ringing—that is, bell ringing—of a length just shorter than a peal. To ring the bells takes a group of people who stand, not touching, and create unique patterns, permutations of sound that ripple out without substance, yet are present. As they ring, the players are focused, coordinating carefully with one another to maintain the uniqueness of each sequence. In this way, together, they create music that is not music, moving from that first moment of contact between the clapper and the sound bow, traveling through the air, to finally touch the eardrums of passersby, of anyone in earshot. More than mere words, less than a caress, perhaps. The bell’s touch and joyful ringing reverberates, makes contact, discreetly touches and unites all who are in range to hear it, the ringers as well as those at a distance, and those who, like me, believe we are alone.

Hurricanes are a common occurrence in Watikubuli (Dominica). It wipes out houses, people, crops and cattle. After traveling back to Watikubuli for the first time in eight years, I discussed living through it with family members and neighbors. Watikubuli is volcanic, independent since 1978, thriving through ecotourism, and heavy on Catholicism and socialism. In this context, I believe that the telling of farmers’ and fishermen’s lives has a crucial purpose. That is, to delineate the people’s socio-economic relationship to the Land in a neocolonial, capitalist context. Toudi (dazed in kreyol) is a short experimental docu-fiction. My first intent by submitting it is to build bridges with creatives throughout the Caribbean and beyond.

Balla Mal Kassé is a self-taught transmasc multihyphenate with roots in Watikubuli. They grew up between the French western countryside and Paris’s suburbs. They started to explore their passion for images through street photography and documentaries— notably, by doing framing and editing for the nomadic platform Floating Key (2018) and for Nyansapo Festival (2019). This year, they’re focused on training as a cinematographer with an interest in telling diasporic and queer Caribbean stories. 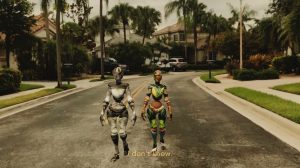 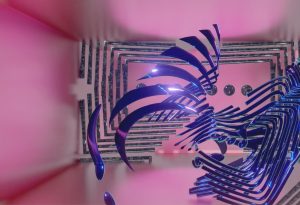 Love with its numerous uses 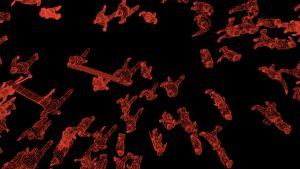 THE DESICCATION OF CORAL