Abstract: In this short essay, psychoanalyst Aneta Stojnić answers the questions “Why psychoanalysis? Why now?” Ultimately, she suggests that the use of psychoanalysis today in the hyperdeveloped, digitized “Global North” isn’t primarily to help individuals “wake up” to a precarious global reality, as one might expect. Rather, Stojnić argues that the space psychoanalysis opens can help individuals pause long enough in the midst of the tempest of simulated satisfactions to finally fall asleep, and from there, perhaps, dream.

“Do I tell you my dreams? Do we still do that (in analysis)?” a new analysand asks with cautious curiosity, as if dreams and dream interpretation were some kind of relic of the past. Over time she finds herself amazed and surprised at the places in her mind where talking with me about her dreams takes her and with messages from the unconscious that travel through dreams. What have we become if we no longer believe that we can be surprised by the worlds inside us?

In response to the topic of this issue, I was invited to address what we might term the collective “sleep” in which we find ourselves, in the face of climate change, deepening digitalization, and increasing political and social instability worldwide. How could psychoanalysis in particular prove useful in awakening those of us in the highly developed Global North to the realization of the reality in which we find ourselves? I’d like to challenge this prompt and to think instead about how psychoanalysis can help us finally get some sleep, and more importantly how it can help us cultivate our ability to dream, symbolize, and sublimate in the face of an increasingly dystopian present reality.

Social apathy, numbness, indifference, inertia, chosen oblivion, selective amnesia—these may seem to correspond to the metaphor of collective sleep. However, I think that the situation is much more dire: we are not experiencing a collective sleep; we are living in an insomniac society. The frantic reality of late necrocapitalism leaves no time for sleep and no time to think.

In the dystopian present that we are too quick to call “post-pandemic,” many people feel overwhelmed, overstressed, and confused: at one and the same time it feels as if the stakes have never been higher and as if nothing really matters. In the so-called “first worlds,” the pandemic has broken the illusion of safety and control. Restless and anxious, we are steered towards self-soothing through the consumption of superficial pleasures, cotton-candy entertainment that evaporates before you can eat it, yet somehow leaves a sticky, nauseating taste in your mouth. In the face of helplessness, tossed between fatalism and nihilism, humans have resigned themselves to the pseudo-soothing predictability of algorithms. News is whatever is in the “feed” and shopping is clicking on flickering signifiers designed to conceal the materiality of money. We have even normalized (through dating apps) the fact that choosing a lover looks no different than shopping on Amazon: set the parameters and the algorithms will feed you.

[…] the reality is that the bio-political era has for generations already been superseded by an era of “psycho-politics,” in which the control of time and attention by marketing has replaced all efforts to regulate physical movement and labor. It used to be great to have to go out and find places to buy special things, but today you can just sit at home and “order” them. Beyond Foucault’s theme of disciplinary management, William Burroughs and later Gilles Deleuze would describe control societies. A “society governed by divisive and abstract logic” is indeed a world in which “emotional needs are sacrificed to material needs.” This is why the driven mind conceived of as an anti-recognition device can be absolutely controlled and deprived of its desire in the era of the dominance of the image.

A society of control, which we are experiencing at the moment, inevitably collapses into a state of total dis-regulation. Everything is controlled and no one is in control.

This is the age of the quick fix, false promises of instant gratification, an endless scroll of contentless headlines, and constant overstimulation. In this chaos, psychoanalysis asks us to pause to take a long time to look inside and allow ourselves to be surprised at the unknowns that drive us. For a contemporary human, it’s almost a counterintuitive move. In psychoanalysis, we are interested in the unconscious mind, and the analytic process facilitates a space in which the Unconscious can be freely explored. In that space, a unique kind of intimacy unfolds in the relationship between the analyst and the analysand—so-called transference/countertransference—which, as Freud teaches us, is an inevitable effect of the neutral frame.3 The method of psychoanalysis sounds simple: to say whatever comes to mind here and now as we speak, as freely and openly as possible. This is much harder than it seems and takes a lot of time and patience. An analysand once told me: “If [the] dream is the royal path to the Unconscious, working through is the foot soldier’s path.” On the path of working through resistances we move like foot soldiers slowly and full of effort, through the uncharted territories of the Unconscious.

Psychoanalysis asks us for patience, playfulness, dedication, tolerance of frustration, and radical openness to whatever emerges from the backstage of our mind. There are no formulas, no cookie cutter solutions. We don’t know how long it will take, nor where it will take us. There is no algorithm: the Unconscious is timeless; it has no chronology and no logic.

Therefore, when practiced rigorously, psychoanalysis can become a space of ultimate freedom, freedom to take time in the world of constant rush, freedom to fall asleep and dream in the society of insomniacs, freedom to tell your dream to another who will dive into it with you with no fear and no judgment. For the dream to be completed it needs to be told. 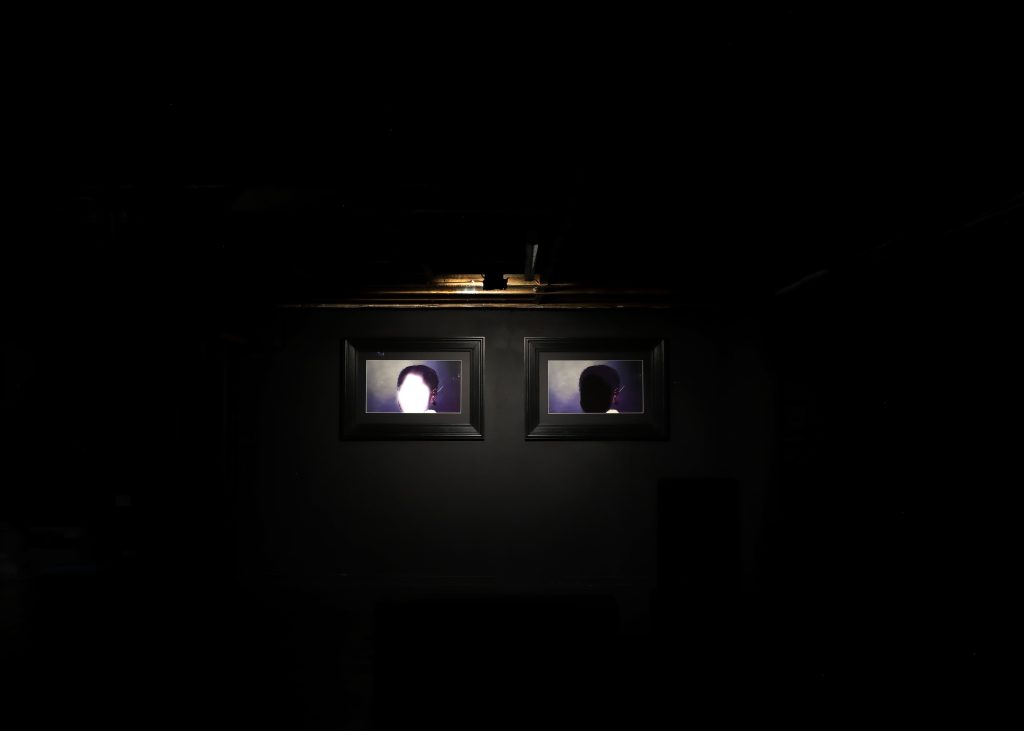 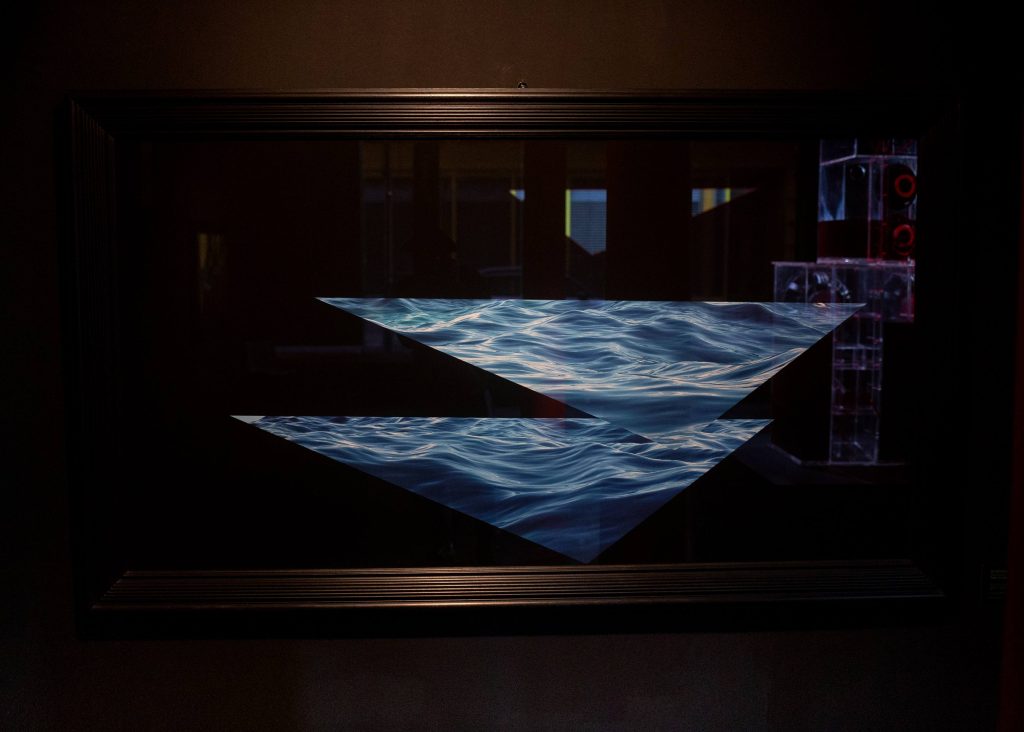 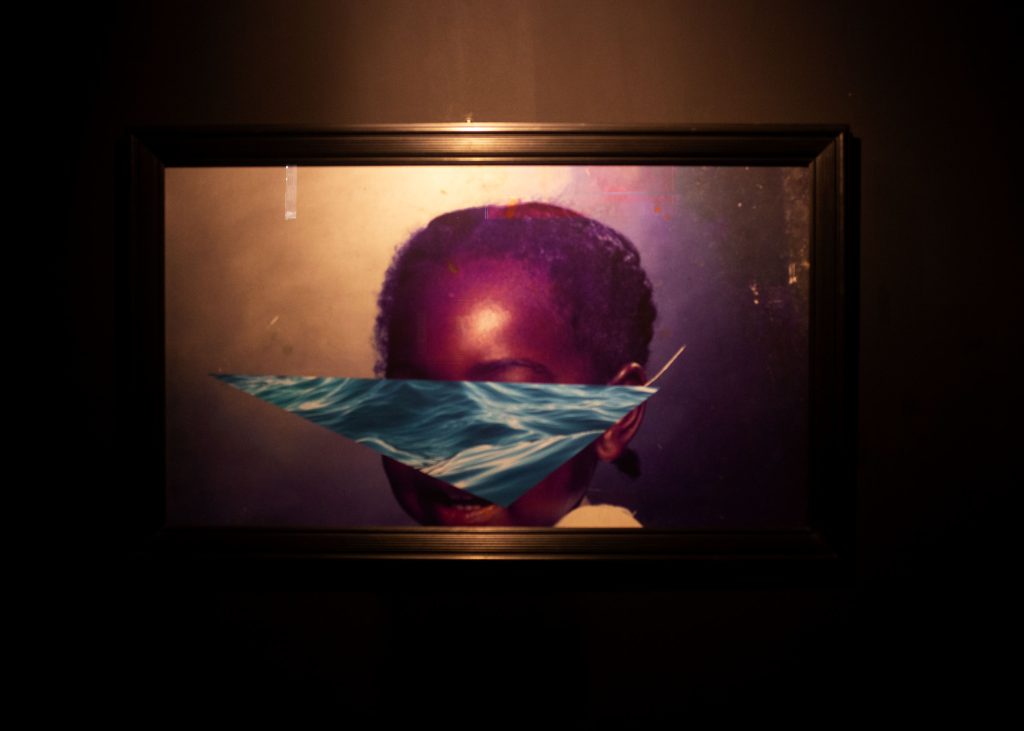 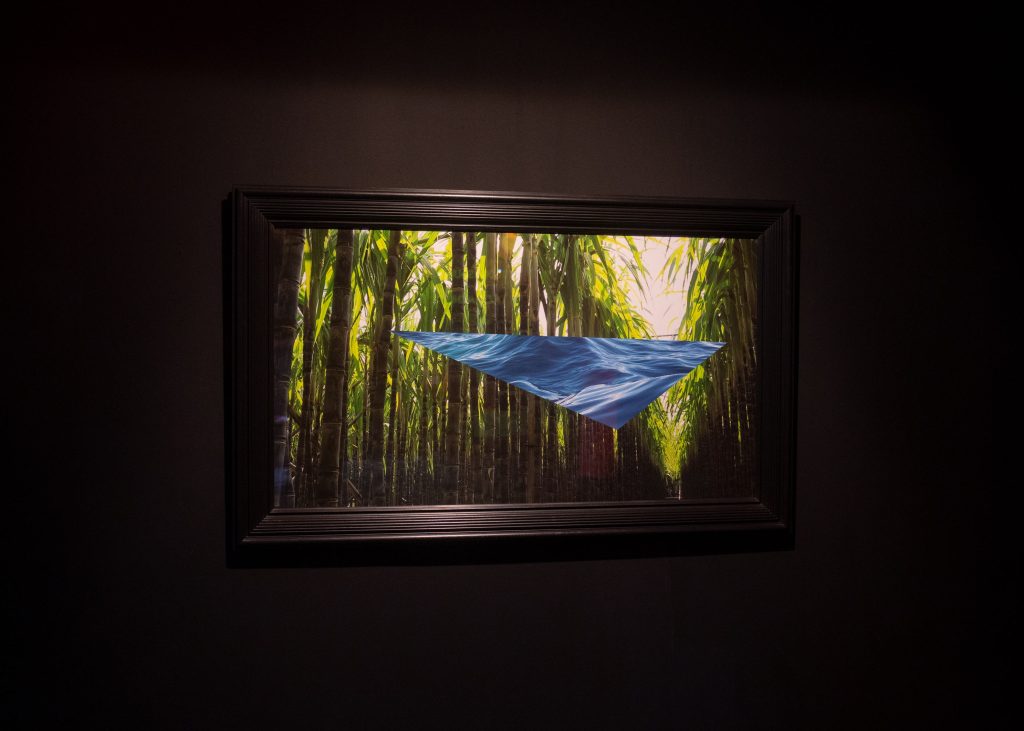 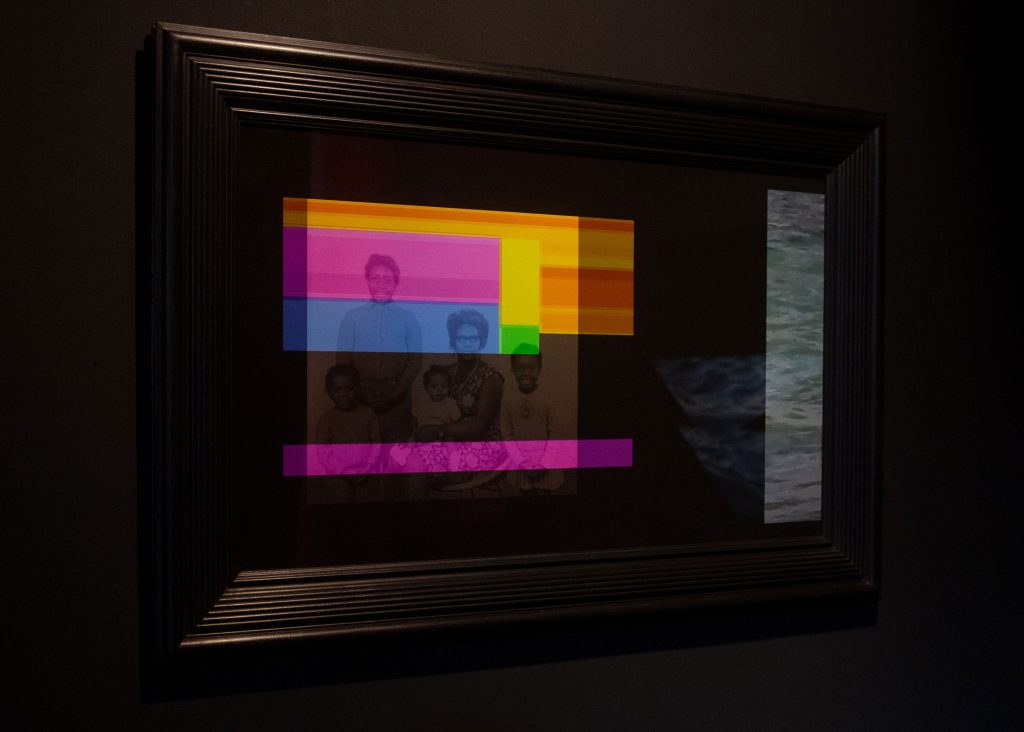 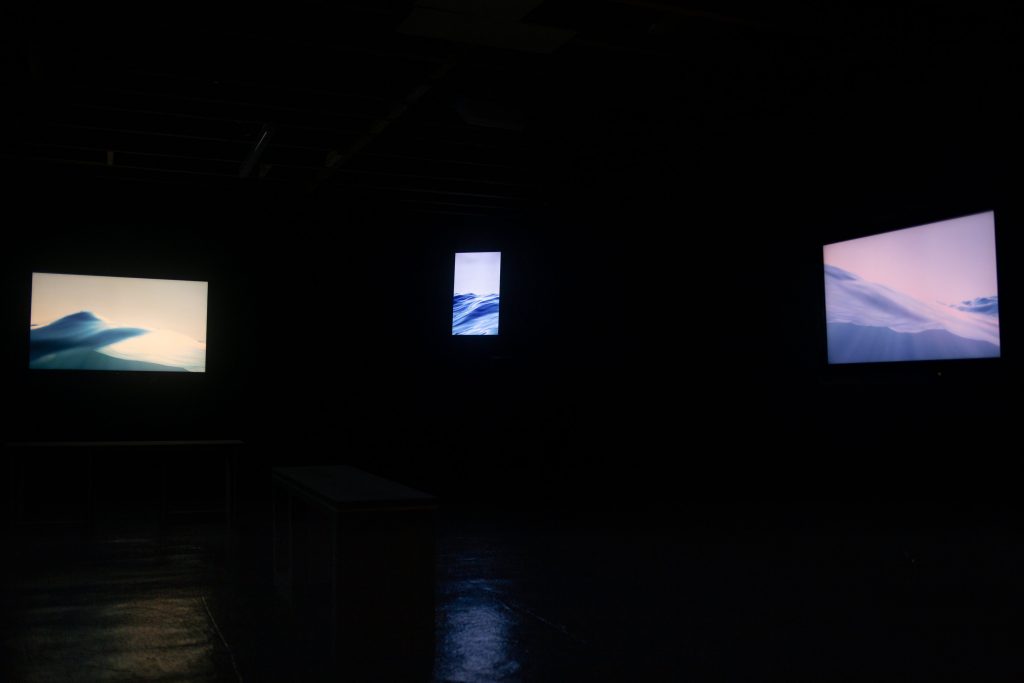 3 By neutrality here I simply mean that no two people have ever entered the exact same analytic office and no two people have ever had the exact same analyst, for while the analyst is a real person in a real room, she is also always co-created in the psychic reality of the analysand. In this way, neutrality of frame opens the space of playfulness and creativity.

; confronts the rupture, the glitch, and the disturbances which seek to obfuscate truth.
; foregrounds the struggle from which sound came, and honours the hands that produced it.
; is an homage, a protest, a feeling, and a bleeding.

An attendance to the enslaved [now ancestral] bodies, descendant bodies, and sonic bodies that our collective survivals and resistances rest upon.

Minott presents the Soundsystem as a fugitive entity; a living and active agent grounded in its complex history of insurgent and resistant sonic dance practises. Forged by communal perseverance, economic endurance, and the advanced phonographic technologies of Jamaica, Minott reflects on the underground movements of Caribbean sound cultures. Presenting possibility through the encounter of the vibration, she seeks to refuse the dissonances which separate the sonic from liberatory and reparative motions. Such multiplicities are encapsulated through the loud, haptic, visceral, explosive, and auditory phenomena of the Soundsystem.

Aneta Stojnić, PhD, is a psychoanalyst, theoretician, and artist born in Belgrade, Yugoslavia, based in New York. Alongside psychoanalysis, Aneta’s areas of research include artistic and theoretical practices at the intersections of art, culture, and politics. She has published two books and two co-edited volumes, as well as dozens of peer-reviewed articles on contemporary art, media, and culture. She is one of the editors of the magazine ROOM: A Sketchbook for Analytic Action and co-host of Room podcast. Aneta has authored numerous artistic and curatorial projects in collaboration with renowned institutions and organizations all over Europe. She has taught performance, art, and media theory at universities and art academies in Vienna, Belgrade, and Ghent. Currently she is a co-director of the Child and Adolescent Program at the Institute for Psychoanalytic Training and Research, where she is also an advanced candidate in the Adult Psychoanalytic Program. She regularly presents her work and research at conferences and festivals worldwide.

Zinzi Minott‘s work focuses on the relationship between dance, bodies, and politics. As a dancer, she seeks to complicate the boundaries of dance and the place of Black women’s bodies within the form. Her work explores how dance is perceived through the prisms of race, queer culture, gender, and class.

Zinzi is interested in the space between dance and other art forms, and though her practice is driven through dance, the outcomes range from performance and live art to sound, film and video, dances, and object-based work. 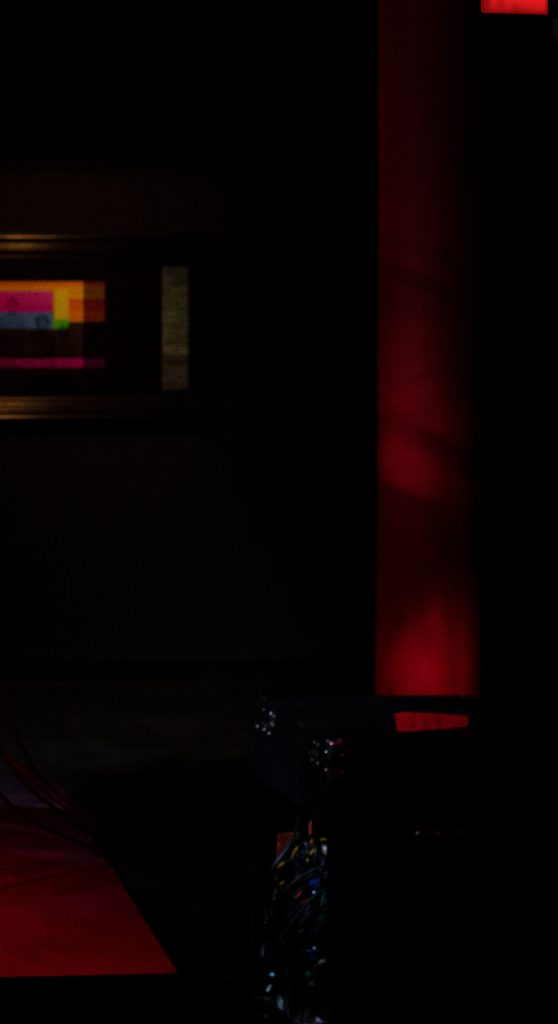 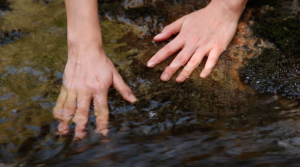 WALKING IN THE SHADOWS 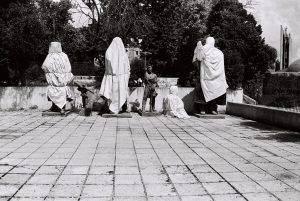 On the Myths of Being White and Being Exceptional 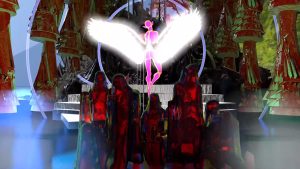