I’m writing this on the bank of a lake called Dead. I’m a guest here, an outsider. I’m present, but apart, isolated by my aloofness, by my fight with faith—which is, perhaps, where my experience and photographer Ejatu Shaw’s meet, where our disparate melodies harmonize. On the lake’s edge I’m isolated too by my shadow-life, a life that exists in no place, save the virtual. It’s in the virtual that my labor resides, my fantasies, my desire, my quest to know and understand, my intimacies.

There’s a me without a body, and with only the infrequent, digital reproduction of a face or voice, whose impotent efforts to communicate or understand must occur in accordance with a group of unspoken rules, rules that so often amputate even the meager, lingering potentials toward truths that still remain, latent in the prison-house of language. The dominance the digital imposes is a special kind of totalizing torture, one I couldn’t have predicted, not really.

It’s in these digital shadows that Issue 002: SHADOWS took root.

And now, days later, I’m writing this within a razor’s edge of your reading, with my tiny kids’ hands on me, with their delicate flesh pressed to mine, with the oven warming and the stove-top ablaze, in conversation with people in three-to-five time zones and my body rioting from the pressure: of the computer, of a world wedded to a ‘no limits’ version of performance, and accumulation. But I, and we, hold steady. I know you feel me. I know you feel me.

We step into layers of shadow.

And recently—as we found truths that horrified and delighted us, and those that demanded of us no reaction other than that we hold witness—we have begun to speak and write most about the beauty and relief that can only be found in the shade. Hidden from the assault of the bright white or spotlight, in the darkness, it might still be possible to rest without burning, it might still be possible to observe without suffering blindness, to think & contemplate until dusk arrives.

Across oceans, our shimmer-selves have taken to the cool of shadows, shadows that have split open like ebony imaginariums until ideas that, at first, appeared to demand only despair have revealed themselves to demand, at the very least: that we bear with—and witness—the uncertainty of today, and that we create from the negative, from the refuse, in the destruction that surrounds us.

IN THIS ISSUE YOU’LL FIND

An essay by philosopher Franco ‘Bifo’ Berardi, translated by Giuseppina Mecchia, that condemns the severance of pleasure and desire, both under digitized contemporary capitalism, and in the politics that have developed since ’68, inspired by the work of Gilles Deleuze. You’ll find an essay by scholar A. Kiarina Kordela revealing the casting-off of shame by the contemporary alt-right, and the ineffectual clinging to that same notion by what is today called the left. You’ll find poetry from poet Ella Frears that evokes the hidden feminine origins of psychoanalysis, and fiction from writer Sokol Ferizi on the ways that exile of the body collides with, and mimics, exile of the mind, and soul. You’ll find a review by writer Rebecca Gilroy on Lisa Taddeo’s Three Women, speaking to the hidden currencies of eroticism and desire in the hands of white men and women in America, and an essay by clinician Lora Matz on the shadowy influence of eugenics on the development of Psychiatry in the United States. You’ll find creative nonfiction from essayist Elizabeth Tannen on the lies that whiteness tells, especially to those who live under that category, and from essayist and comedian Joe von Hutch on the lie that whiteness originated in Europe, and that Europe is a continent at all. And you’ll find a lyrical essay from novelist Marcie Rendon on the 550 mile Water Walk to honor the 134 murdered Indigenous women whose bodies have been sent into the Red River.

You’ll also find a selection of photographs by London-based Ejatu Shaw (on this page), compiling three images from her series POLY- that dissects and reforms her relationship with Islam, family, community, and heritage, into colorful, symbolic portraits. We present a two-channel video by performance artist Tanya Lukin Linklater, WATER, depicting choreography rendered between two dancers and the flow of a river, filmed in Northern Ontario. You’ll find a selection of tapestry works by artist Erin M. Riley, who transforms throw-away digital images into timeless weavings of wool and color and cotton. You’ll find a video from artist Duncan McKellar, who collaborated with Border Arts Corridor in Arizona to produce the performance RAY OF HOPE. There you’ll see glints of refracting light cut across your screen, and the border of the US and Mexico, as figures stand, side by side. You’ll find digital illustration from Hanna Lee Joshi – vibrant and playful combinations of objects and bodies and the delectable, strange, and bodily paintings of Sarah Slappey, who’s oils merge shadows and limbs into the undergrowth. You’ll find we have a brief capturing of the monumental Kirkbride facility in Fergus Falls, Minnesota, a proposition of the powerful and ill-forgotten history of an institution still shadowing a town. We have photography from Pamela Cohn, who’s cinematic eye has captured moments of visceral stillness as she’s traveled countries, cities, and wilds. And finally, you’ll find the empty space of Petrit Halilaj’s KOSTËRRC (CH), rendering how the earth of home—Kosovo—becomes invaluable, and how its absence beneath one’s feet cannot be forgotten.

And, for this issue we have another feature from our resident podcast Seeking the Self, a story from ERIKA who tells of her experience of transformation and faith through her journey within the shadow of grief and loss.

POLY- ‘The prefix poly- means more than one or many. Made up of many different identities (British, Fulani, Muslim, West African), POLY- explores the conflict I have with my identity whenever I try to connect with my Fulani roots outside of the confinements of Islam (a religion that 99% of Fulani people follow), and my struggle and failure to meet both the religious and cultural requirements of my tribe due to my British identity. Throughout the project I use polymeric materials such as cling film and plastic containers, to highlight the fact that my identity feels synthetic and not true to me. The properties of these materials mean they cannot easily be destroyed, the same way I cannot easily rid myself of Islam or my Fulani culture. Plastic cannot break itself down naturally, and instead pollutes our oceans and landscapes. Burning plastic releases toxic fumes. Every time I try to reinvent my identity to suit my values, every time I try to break down the polymeric chain that is my cultural and religious upbringing, nothing but toxicity comes from it.’ ~Ejatu Shaw

Anne Marie Wirth Cauchon is Editor-in-Chief of Stillpoint Magazine, Creative Director of Stillpoint Engage and the PrairieCare Institute’s Center for Applied Psychoanalysis, the mother of two, a literary critic, and the author of the novel Nothing.

Ejatu Shaw is a 22-year-old multidisciplinary artist, currently undergoing a master’s degree in Photography Arts at the University of Westminster. Using various editing techniques, she produces unique, impactful images that allow viewers to intensely experience the thoughts and feelings of the subjects involved. Exploring notions of identity, Ejatu uses others around her as muses to explore her own insecurities and anxieties externally in a bid to hopefully resolve them. She has had her work published in Gal-dem, DAZED, Vogue Italia, and Vice. 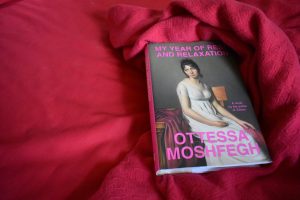 Fiction Review: My Year of Rest and Relaxation by Ottessa Moshfegh 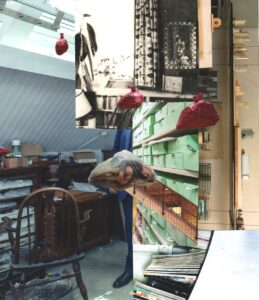 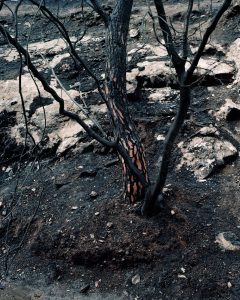